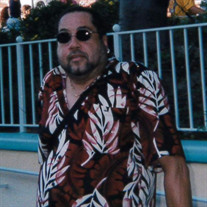 Mr. William Kenneth Gowans, Jr., affectionately known as Jr, son of William Kenneth Gowans, Sr. and AV Gowans, was born on August 17, 1948 in Tabor City, North Carolina. The family relocated to Bedford-Stuyvesant, Brooklyn, New York shortly after where he attended East New York Vocational and Technical high school and graduated in 1966. After high school, William joined the United States Air Force, where he remained from 1969 until 1972 when he was honorably discharged. Eventually, he became a New York City Corrections Officer and cared for his mother until 1989. William married the love of his life, Clarissa , on St. Patrick’s day in 1990. The two had known each other since she was nine, and he was 11. Their union blended a family consisting of two daughters and one son, and ultimately 10 grandchildren, whom he absolutely adored. His great spirit, loving nature, and gentle soul shone greatly to any and everyone he crossed paths with. William peacefully departed this world on Sunday April 8th at home as he slept. With his loss, a beautiful, shining light has been dimmed, but his essence shall be carried on by those who loved him most. His warm life will be forever cherished by his family: loving wife, Clarissa Gowans, daughters Cherrone (with her husband Thurmond) and Charesse, son Albert Jr, sister, Barbara Rembert and her husband Randy; brother Jerome Elleby and his son Cedric; nieces Shanice and Satara; and grandchildren, Albert III, Deshawn, DJ, Daejah, Lance, Lauren, Serenah, Austin, Amber, and Mackenzie; as well as a host of aunts, uncles and friends. Those who knew him in any capacity, felt the love that emanated from his soul, and will truly miss his unending positivity. We love you JR!

The family of William Kenneth Gowans Jr. created this Life Tributes page to make it easy to share your memories.