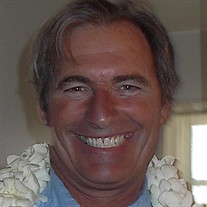 Randall "Randy" James Mummery December 27, 1953 - December 16, 2017 It is with deep sadness that we share the untimely passing of Randy Mummery. Randy was born in Winnipeg Manitoba Canada on December 27, 1953 to Lorna and Garnet Mummery. He was one of four siblings. In 1957 Randy moved with his family to Bellflower, California. He graduated from John Glenn High School in Norwalk, California. Following graduation Randy enlisted in the United States Air Force, training as a Jet Engine Mechanic. During that time along with other assignments during those years, he spent time in Okinawa, Japan and also served in the Gulf War. He served his country for 20 years, retiring from the military in 1992 with the rank of Master Sergeant. Following retirement, Randy held numerous positions, continuing to work very hard with ethics, honesty, and integrity. His last employment prior to retiring permanently was at ComAv in Victorville as an Aircraft Mechanic. Randy's well deserved, and much anticipated retirement from the working world took place in June 2017. He enjoyed that time of slowing down, taking it easy, going on a few camping trips, and he especially enjoyed playing golf almost every day in our little community that he loved living in so much. Randy is survived by his wife Louise; His father Garnet Mummery; siblings Merilee, Terry(Fran), and Cameron(Elaine); his children, Christopher(Melissa), Cory(Theresa), Casie(Conan), and the mother of his children, Jodi; Grandchildren, Olivia, Matthew, & Cody; Step-grandchildren; numerous nieces and nephews; step-sons David & Michael, Louise's Dad and brother "Pops" and Ken; Friends; and Family still living in Canada. Randy will be remembered and honored on January 19th at 11:30; staging area 3 at Riverside National Cemetery, 22495 Van Buren Blvd. Riverside, CA Celebration of Life immediately following at The Grill at General Old Golf Course; 16700 Village West Drive, March Air Reserve Base, CA

Randall "Randy" James Mummery December 27, 1953 - December 16, 2017 It is with deep sadness that we share the untimely passing of Randy Mummery. Randy was born in Winnipeg Manitoba Canada on... View Obituary & Service Information

The family of Randall James Mummery created this Life Tributes page to make it easy to share your memories.

Send flowers to the Mummery family.