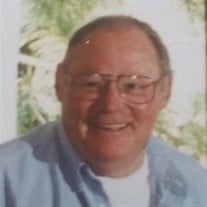 Jerry Smith Taylor, went to be with Our Lord on August 20, 2015, in his home, surrounded by family. Jerry was born June 8, 1933 in Vinita, OK. He was a member of High Desert (Baptist) Church and AV Baptist Church while living in the High Desert three different times since 1959. Jerry attended school in Avenal, CA, and then The College of the Sequoias, (Visalia) after his Army tour of three years. He went back to school in his early fifties and attended City University, (Bellevue, WA), Chapman College, Cal State San Bernardino, and Redlands University where he received his BS in Business Administration. He was only a few units away when his health interfered with his dream of a Masters Degree. He had many careers in his life including: A Disc Jocky, (KONG in Visalia), Deputy Sheriff, (Kings Co), California Highway Patrol,10 years, (Victorville, Visalia, Victorville, injured on the job), 22 years with California Interstate Telephone Company/Contel of California Division Safety Supervisor, (Victorville), Contel Service Corporation, Western Region Personnel Administrator, then Director of Safety for Continental Telephone System, (Bakersfield), Continental Telephone Corporation - Corporate Safety Director and Labor Relations Coordinator, (Atlanta), Division Director of Personnel, (Phoenix and Bellevue, WA), Chief of Campus Police Kern Community College District, (Bakersfield College), and United Way Loaned Executive volunteer. He was a teacher at Apple Valley Christian School, (4/5th grade), San Bernardino County Superintendent Of Schools – Continuing Education (San Bernardino, High Desert and Big Bear), Special Education classes, (Hesperia, Barstow, Apple Valley MS). He loved sports, playing or watching, (our boys, grandkids or on TV). Residents and x-residents of the little town of Avenal, who watched him play football in HS, still talk about some of the plays and touchdowns he made. He could have written a book on all the experiences he had while on duty as a Deputy and California Highway Patrol Officer, (some funny and some very scary). While playing football with some Continuing Education students during their lunch break, a student came over to the bench where Jerry was sitting and sit down with him. He asked if it was OK to ask him a personal question? When Jerry replied yes, he said, “How old are you?” Jerry told him and his reply was, “Mr. Taylor, do you really think you should be playing football with us?” Jerry said, “I am OK! The only thing you have to worry about is once I get my running momentum up you may have to stop me from hitting whatever is ahead of me”!!! Gramps, loved his family dearly and was always there to help them in anyway he could. As a result our home had a revolving door for any of our family to move in and out as need be. He loved having everyone around him and didn't want it any other way. We helped raise four of our grandchildren, and enjoyed every minute of it. Jerry also had many friends. They were all special and he loved them all. “Thank you,” to High Desert Hospice for their loving care, not only for Jerry, but our entire family. Thank you also to all others who took care of him during this last seven months. Jerry is preceded in death by his parents, (Paul and Lydia Marie), two brothers, (Paul and Larry), two sons, (baby James and Craig). Survived by his loving wife, Kay, (the girl next door), sons Jeff, Cary and Keith, 10 grandchildren and 11 great-grandchildren. We all love you honey. We will miss you but we'll look forward to seeing you when we go HOME. Graveside services will be held Monday, August 31, at 11:00 am, Victor Valley Memorial Park in Victorville. Donations to charities of your choice, in Jerrys' name, will be a very special love offering to Jerry and his family.

Jerry Smith Taylor, went to be with Our Lord on August 20, 2015, in his home, surrounded by family. Jerry was born June 8, 1933 in Vinita, OK. He was a member of High Desert (Baptist) Church and AV Baptist Church while living in the High Desert... View Obituary & Service Information

The family of Jerry Smith Taylor created this Life Tributes page to make it easy to share your memories.

Send flowers to the Taylor family.