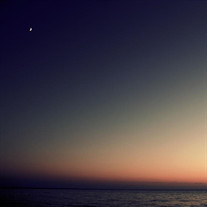 James Romily “Doc” Bowker, Sr. (60 years old) quietly passed away unexpectedly, in his sleep on September 28, 2015 while visiting a friend out of state. Jim was born in Long Beach California on March 19, 1955 and resided much of his life in Canoga Park, California before making his final home in Hesperia, California for the past 32 years. He is survived by his wife of 39 years, Nancy Jean (Burdick) Bowker; Son, James Romily Bowker, Jr. and wife Stephanie (Rodriguez) Bowker (children James Bowker, Jack Thomas Bowker, Alexandria Jayde Bowker, Alaina Lillyus Rodriguez-Spinks); Daughter, Amy Michele Bowker (children Grace Kathryn Prather, Faith Madeline Prather, Aubrey Lorraine Prather); and Daughter, Allison Marie Bowker; Mother, Annabell (Jenkins) Bowker, Brother John Chester Bowker, Jr. and wife, Angela Bowker (children Jaimie……); Brother, Dale Edward Bowker and wife, Pamela Tuckett (children Thomas ….. Bowker, Charles …… Bowker, and Sarah…. Bowker. He was preceded in death by his father, John Chester Bowker, Sr. Jim served a two year mission for the Church of Jesus Christ of Latter-Day-Saints in the Alberta-Saskatchewan/Canada Calgary Mission. Over the years, he never lost his deep love for the people there, and returned almost annually to visit them. At the age of 16, Jim got his first job as a burglar alarm installer for PM Alarm Company, after which, he started his own alarm company called Mountain Man Alarm. He spent the last 38 years working as a locomotive engineer for the Southern Pacific Railroad which was later bought out by the Union Pacific Railroad. Jim’s fellow railroad friends affectionately called him “Doc” as he was known for wearing brightly colored scrub tops to work. Jim was a larger than life character who often brought a smile to those around him. He quietly served others in very thoughtful ways, letting them know he truly cared about them. He will be greatly missed by many who were the recipients of his generosity, love and friendship. Services will be held Friday, October 9, 2015 at the Church of Jesus Christ of Latter-Day Saints located at 9533 Hickory Avenue in Hesperia, Ca. There will be a viewing from 1:00 pm to 2:00 pm, followed by the services starting at 2:00 pm.

The family of James Bowker created this Life Tributes page to make it easy to share your memories.

Send flowers to the Bowker family.