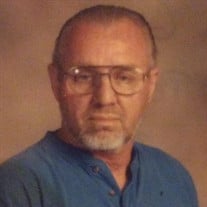 Glenn A. Peterson, 69, of Hesperia, California, passed away in his home, Saturday, December 24, 2016. He was born January 2, 1947, to Jesse Albert and Doris Jean (Williams) Peterson in Loma Linda. He attended school in Victorville and Barstow, graduating from Bartow High School in 1964. He married the love of his life, Carolyn Kay (Kendrick) Peterson, on December 22, 1966. Together they celebrated 50 years of life and happy marriage together and were blessed with two children. Glenn proudly served in the United States Army and was a Vietnam Vet. After leaving the service, he continued his education, graduating from CSU San Bernardino with a Bachelor of Arts in 1972. He then went to work for Morris Plan, serving as manager of the Victorville, Fontana and Barstow branches. He switched careers in 1988, entering the field of special education, working as a teacher for San Bernardino County Schools until his retirement in 2011. Glenn loved fishing, shooting, boating, off-roading, riding motorcycles, wood working and traveling to the beach and mountains. He enjoyed watching his grandsons play football and wrestle. Those left to cherish Glenn’s memory are his wife, Kay of the home; daughter, Glennda Peterson of Hesperia; son, Ben Peterson and wife Debbie of Oak Hills; grandsons, Jonathan and Joshua both of Oak Hills; family Dennis Drost of Hesperia; along with many other family members and friends. He was preceded in death by both his parents. Glenn’s family would like to extend a special thank you to Kaiser Hospice for the care and compassion they bestowed on Glenn and his family. Per Glenn’s wishes, there will be no memorial service and he will be cremated. In lieu of flowers, donations may be made to the Veterans of Foreign Wars (VFW) or Disabled American Vets (DAV).

Glenn A. Peterson, 69, of Hesperia, California, passed away in his home, Saturday, December 24, 2016. He was born January 2, 1947, to Jesse Albert and Doris Jean (Williams) Peterson in Loma Linda. He attended school in Victorville and Barstow,... View Obituary & Service Information

The family of Glenn A. Peterson created this Life Tributes page to make it easy to share your memories.

Glenn A. Peterson, 69, of Hesperia, California, passed away in...

Send flowers to the Peterson family.