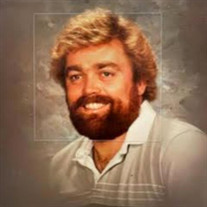 On April 22nd 1955 at Onofrio’s Maternity Home in Victorville California, Gerald Eli Coillot, known to all of us as “Jerry” was born to James Eli and Frances Ileene Coillot. From day one Jerry was always in a hurry, arriving 3 weeks early because his Dad was coming home from Basic training at Fort Ord and he wanted to be there to greet him! He attended Irwin Elementary, Victor Jr and Victor Valley High Schools and Victor Valley College. He was in Cub Scouts and Mom was his Den Mother. He played Little League baseball and was also on the diving team in the summer programs at the high school. Jerry’s love of football began when he was 12 yrs old after he won 2nd place for the entire high desert in the NFL-Punt, Pass and Kick competition. He continued as a punter on the Victor Valley High School football team where he made “All Golden League” punter. He had a special squared toed shoe and his teammates called him “Magumba”! He also played linebacker and fullback. Jerry played Football, Baseball and was on the Wrestling team at VVHS. He kept a VVHS scrap book on all of these sports and we found a page in his scrapbook that said “My Senior year of football, wrestling and baseball I dedicated to my Dad who taught me and coached me and who was always there. I just wished you could of been here to watch me and Jim”. (Our Dad died in 1971 when Jerry was a Jr at VVHS.) Jerry, at 16 yrs of age, started working at Del Taco on 7th St. Mom, Jim, Cathy and Judi also worked there at one time or another. He went on to work at Bob’s Chevron Gas Station and you’d see him every night waving and gabbing with customers and friends. He also worked at High Desert Medical Supplies. He loved delivering oxygen to his elderly patients and they loved it when he came and he often talked their ears off. He would bring Jaimee with him on Saturdays in her baby carrier to “visit with them”. Jerry coached his younger sister Judi’s softball team when she was around 10 years old. He got into umpiring and loved it. He umpired Cathy’s Women’s fast pitch games and often called her out on strikes(which she still says were “balls”) and he’d say “3 strikes, you’re outta here” and after hearing that Cathy would say “WHAT-Are you kidding me?” He’d laugh and say “Well I can’t show favoritism”. Jerry loved umping his nieces Katee and Rylee’s Little League, High School and travel softball games. Rylee said he was the only ump that ever dusted off home plate. He would often ump 6-7 games a day on the weekends, he’d go home exhausted and be up bright and early and do it all over again the next day. He played on a Men’s Fastpitch team called “Stranded” and loved the camaraderie with all of “his guys”. You would always know they were playing because he would’ve had his big boombox BLASTING “Lets hear it for the Boys” and “We are the Champions” at every game. Jerry married Lori Braun in 1984 at the Mission In in Riverside and he was told afterwards by many, that it was the most fun wedding they’d ever been to. They had 2 beautiful daughters together, Kimberly Lorraine and Jaimee Elizabeth. Kimberly and Jaimee blessed him with 4 beautiful grandchildren-Sage, JJ, Kayden and Breanna. They were the light of his life and he loved them very much. Jerry loved motorcycles and his first one was a Honda, he later bought himself a Harley Davidson and he was so proud. He loved his 4-legged babies-Rufus, Sheba, Bear, Tinkerbell, Georgie and Spike..He loved taking them on walks through Center St Park and on his nightly excursions around town. He was a night owl and loved tinkering all hours of the day and night in the garage while blasting his stereo with anything from Metallica to Phantom of the Opera, 3 Dog Night, Herb Alpert and the Tijuana Brass, Kansas, Led Zeppelin and The Ray Conniff Singers. Jerry got his love of music from his Dad! Jerry had the best memory. He could tell you details of our growing up years and Turner Family history and the rest of us would say “that didn’t happen” and Mom would say “Oh, yes it did”. You would often see Jerry riding the busses and walking the streets of Victorville, stopping to chat or tell stories of the old time Victorville to anyone who would listen! He was a fixture in the neighborhood. Rest In Peace dear Brother and give Dad a hug for us. Jerry is survived by his daughters, Kimberly Hildreth and her husband Kevin, Jaimee Coillot, his grandchildren Sage Marquez, Breanna Hildreth, JJ Hall and Kayden Hall, his mother Frances McEachron, his brother Jim and wife Claudia, his Sisters Cathy Andrews and her husband Brian, Gail Cich and her husband Mike, Judi Ruiz and her husband Gilbert. He also leaves behind many loving Nieces, Nephews, Cousins and friends. His Nieces and Nephews held a very special place in his heart. A Graveside service will be held on Monday, June 7th at 10am in the upper section of Victor Valley Mortuary on 11th St in Victorville. Please join us in wearing his favorite “Dodger Blue” attire. In lieu of flowers please make donations to High Desert Community Foundation 20601 CA Hwy 18 suite 171 Apple Valley, CA 92307. Make check out to HDCF/Gods Hand Extended. In Memo section add GHE you will receive tax receipt as well XOXO. You can also make donations thru the Website www.godshandextended.com

On April 22nd 1955 at Onofrio&#8217;s Maternity Home in Victorville California, Gerald Eli Coillot, known to all of us as &#8220;Jerry&#8221; was born to James Eli and Frances Ileene Coillot. From day one Jerry was always in a hurry, arriving... View Obituary & Service Information

The family of Gerald Eli Coillot created this Life Tributes page to make it easy to share your memories.

On April 22nd 1955 at Onofrio’s Maternity Home in Victorville...

Send flowers to the Coillot family.