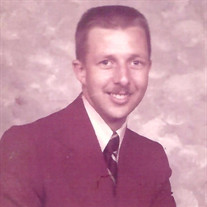 DONALD LELAND CLARK, 73 years of age, passed away, peacefully, at 9:00 am on Thursday, 27 July 2017, at his home in Lucerne Valley, San Bernardino County, California. Donald was born 17 October 1943 in Oakland, Alameda, California the only child of his parents, the late Donald Leland Clark and Minnie Alice Fitch Clark of San Bernardino, California. He graduated Whittier Union High School in 1961; California State University in 1969; and University of San Diego in 1974 with a Juris Doctorate. While at USD Donald entered Moot Court Competition, appreciating several honorable mentions and being awarded Best Brief in Thomas More Competition before the Court of Appeals, 4th District. He resided in San Diego from 1970 to 1981 when he left private practice in San Diego and hired on with the District Attorney’s office based in Victorville. After commuting from San Diego to the High Desert for a period, he moved his family to the High Desert where they raised 10,000 chickens, cows, horses, pigs, sheep, turkeys, cats, and dogs. It was a real learning experience. Donald gave copious amounts of his time and talents in service to others. Donald served on the Lucerne Valley School Board for 17 years and was a driving force in creating Lucerne Valley Unified School District. He was an avid Scouter and served over a decade as a Scoutmaster helping and encouraging many youth to achieve the rank of Eagle Scout, including his son, Brendan. He retained fond memories of those scouting experiences and persons. He was a 4 H leader many years, introduced his children to the Lucerne Valley Dust Devils 4H Club where his eldest daughter was the 1st Diamond Star in San Bernardino, County in 11 years. He was secretary to the Lucerne Valley Elementary PTA. He coached on all of his children’s Little League teams. He coached on his children’s soccer teams. He was Camping Committee Chairman for Campfire Boys and Girls of San Bernardino and Riverside Counties for many years where his youngest daughter received the coveted Wohelo Award. He was active in his church: The Church of Jesus Christ of Latter-day Saints and served in many volunteer positions including the last Branch Presidency and first Bishopric of Lucerne Valley Ward. He was a missionary in the Eastern States Mission for his Church, following which he served in the Marine Corps. He was a certified welder, award winning photographer, competent mechanic and carpenter and a successful beekeeper prior to his mission. He drove long-haul truck prior to and after his marriage. As a youth he built and drove midget race cars on dirt tracks. He was a member of the Lucerne Valley Lions’ Club and was a 30 year member of American Legion Post 0324 based in Barstow, California. Donald had a dry sense of humor, loved his children and grandchildren, and loved his Mastiffs and horses. He enjoyed scouting, reading, writing, hiking, high adventure canoeing and service in his Church. He was a driving force in the lives of his children and grandchildren, who will forever remember him as the “Tickle Monster”. He will be sorely missed. Donald is survived by his wife, Jane Clark of Lucerne Valley. He is survived by a foster sister, Linda Gonzales of Wildomar, California; Children: Rebekah Jane Clark-Benavides (Christopher), of Scottsdale, Arizona; Amy Cassandra Clark of Lucerne Valley; Brendan Trevor Isaac Clark (Carissa) of South Weber, Utah; and Dr. Tess Mariah Clark. Grandchildren: Sabrina, Coren, Sabastien, Durham and Moyrah Benavides; Calvin, Owen and Josephine Clark and Isabella, Grant, and Sasha Wentworth (Brendan). Burial and Graveside Services will be held Monday, 7 August 2017 at 11:30 AM at the Lucerne Valley Memorial Park, 32533 Hwy 18, Lucerne Valley, California 92356 For more information and comments, etc., go on line to www.victorvalleymortuary.com.

The family of Donald Leland Clark created this Life Tributes page to make it easy to share your memories.

Send flowers to the Clark family.